If you have a library of over a hundred DVDs\ Blu Ray \ 4k or CDs and if you don’t have the time to rip every thing to your media server so it can be watched on a plethora of devices (IPAD, TV, computer, Cell phone) what do you do? I know in the UK with its antiquated laws it still illegal to copy your own media to other devices, but people still do. For people at the apex of the tech adoption model it’s no problem. And for people who don’t have libraries the solutions are streaming services. For the rest of the population at the nexus old media and new buying the whole collection again as a digital download or converting to 4K. This is not an option (or an expensive option) or finding all your stuff on one provider platform is not viable.

There is an opportunity for the media companies to make some profit from the new media paradigm i.e. upgrading media and hardware and get ahead of the game.

The agreed solution is to push consumers to subscribe to streaming services as the ultimate solution. This is apart from the consumer paying the cost of multiple streaming services for different categories and specialities (consumer taste). The differing content and the fragmentation of the media companies as they create their own platforms is going to take a while to settle. The current services for example, music: Spotify \ iTunes \ amazon music. Film: Netflix, amazon prime etc. will eventually lead to market saturation

when the market and providers are saturated there will be a competition on price but the solution is expanding your market mainly to third world or low band width counties.

The solution for people with Libraries and the third world

There are already existing services (possibly operating in a legal grey areas) in third world countries that help people copy their CD’s \ DVDs to iPods, media players \ external hard drives. because they don’t have high speed internet and the hardware (mobile devices etc) is expensive.

My suggestion for library and 3rd world consumers until the internet catches up:

The service provider etches the consumers DVD with a proprietary number (the software and etching hardware cost will have to be determined) provided by the media company to stop recopying of the DVD. Or alternatively destroys the DVD / Blu-ray etc. I know that the media companies will want every one to upgrade to Blu-ray\ 4k (but even when 4k movies becomes cheap people will still want their movies on a home server). Alternatively, they could do a Blu-ray \4k\DVD exchange i.e. get a discount to upgrade your DVDs to- Blu-ray\ 4k to- Digital format. This is a stop gap idea, but there might still some gold in there. They will be websites\ Apps that offer film downloads, in the process that will involve the customer selecting the material to upgrade- download the barcode- then the customer sends the disks to the media company or goes to a physical outlet. on receipt the provider will send a digital copy or customer present their hardware at a physical store for download. If the media companies get this right and give up some free software for the new and improved download world in might be a win- win the same works for people with Libraries.

This idea might be worth exploring that’s why it’s a raw idea that should trigger a better solution, but I would prefer to jump a step and have all my media on my personal server or cloud or a single streaming service.

A simpler solution 3rd world might be creating lower quality media (questionable) or find a new compression format for 3rd world countries with minimal lost quality, that can be streamed or downloaded on lower bandwidth. The main focus should be mobile devices as it’s the people’s main access to the internet\ digital media. 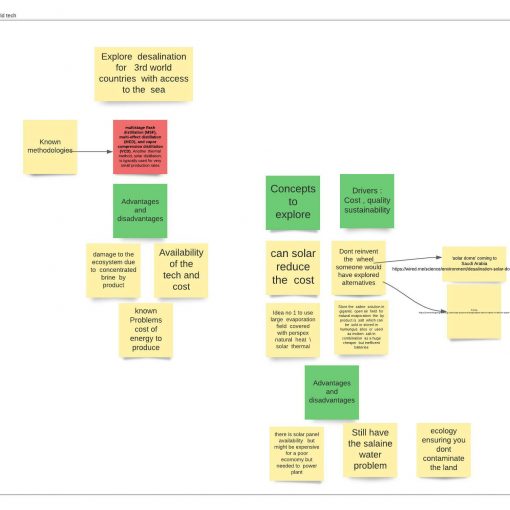 If mobile phones reach optimal functionality and user saturation what can you do? See the article by in TechCrunch: (https://techcrunch.com/2019/01/24/smartphones-are-about-to-get-more-interesting-but-is-it-enough-to-drive-growth/?utm_medium=TCnewsletter) Growth can […]